The COVID-19 crisis has brought disruption, loss and big change, but it has also motivated some students to help their peers and inspired creative ways to make a difference.

Rajni Yadav, the-24-year-old Fashion Design Technology student of H.J Bhabha Industrial Training Institute (ITI), spends around four hours every day making videos. Every evening after dinner, she pours over pages of class notes and textbooks to make 10-15 concise questions and answers. Once the questions are ready, she photographs them and scans sections of her notes to explain the answers.

And, then she painstakingly stitches the questions and answers into easily understandable 10 to 15 minute-long videos on her mobile phone. These videos are then uploaded on to her YouTube page for the benefit of all other students in her class.

When she is not making videos, her day is spent taking virtual sessions on sewing and needlework; practical knowledge that is critical for her classmates to tackle the upcoming ITI examinations. 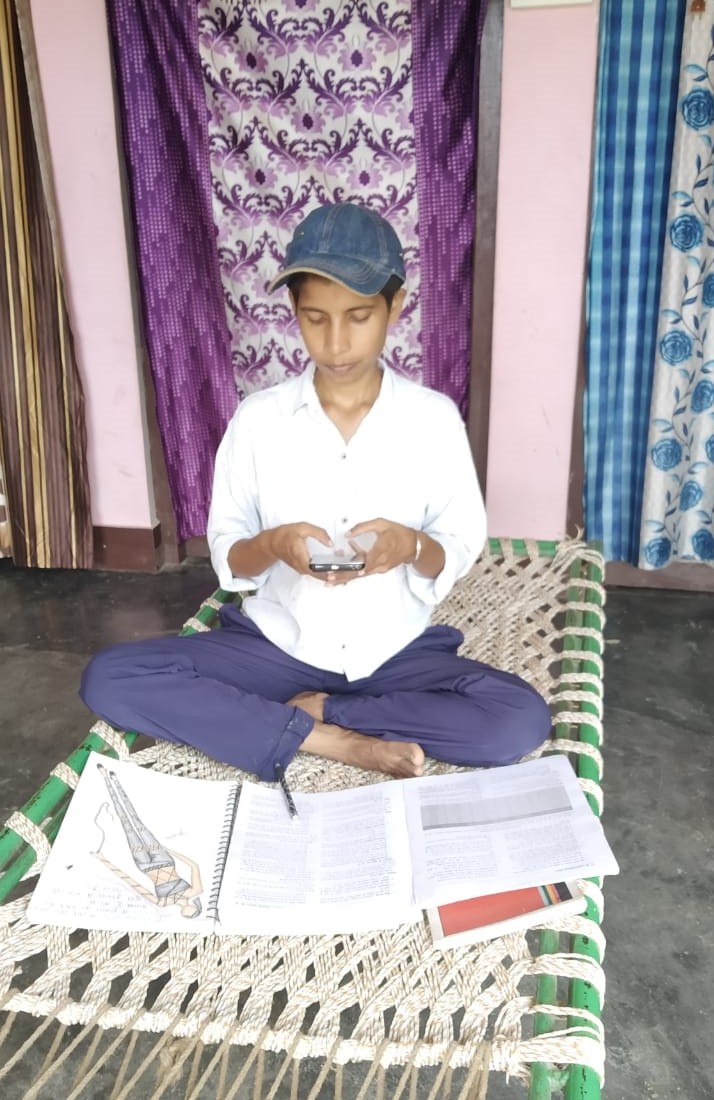 Rajni Yadav is part of the MyQuest project supported by J.P. Morgan. She claims that her new role as a guide to her friends was borne out of the necessity of the strange times we now find ourselves in.

Social distancing norms that limit the number of people congregating in public places have disrupted the normal functioning of all educational institutions. It has also forced ITIs in Delhi to remain shut for over five months. Rajni, like millions of students around the country, found their coursework suddenly disrupted due to the pandemic. Students like her would have graduated by now if it weren’t for the pandemic.

“In the initial days, we were confused and worried about our future,” adds Rajini.

However, as days turned to weeks, ITIs too like other educational institutions began to look for alternatives to ensure that their trainees continued to learn.

Bracing up for the sudden shift to remote learning, the MyQuest program had already begun virtual sessions for students on state-wise Facebook groups. A vast network of over 10,000 students across the country benefited from these sessions which initially focused on allaying fears and providing awareness about the pandemic.

ITIs in Delhi saw an opportunity and soon their trainers too began participating in them. With little support, trainers conducted virtual sessions on these Facebook groups, Google Hangouts and even WhatsApp.

Rajni and her class of 31 attended these virtual classrooms that offered both trade specific and employability skills-based sessions like digital literacy, communication skills and life skills.

While most students were able to benefit from these remote classes, internet connectivity problems were foregrounded. “Many of my friends would complain that they were unable to hear the trainer or even see the video clearly,” adds Rajini.

In a bid to overcome these issues that Rajini decided to make videos and upload them on her YouTube channel. “I already had a YouTube page because my father felt that I had the ability to inspire people with my positivity. He wanted me to make motivational videos. I never got around to doing it. But the pandemic suddenly presented an opportunity and I realized these videos could really help my friends,” she adds.

Rajini’s course trainer, Khalida Anjum, was also instrumental in encouraging and supporting her. “Rajni is one of the brightest in class. It was only natural for her to support me with the classes. We work as a team and don’t necessarily have a traditional student-trainer relationship. The topics that need repetition or further clarification – in case any student wasn’t able to attend the class or hear well due to internet connectivity issues -- are taken by Rajini again,” says Khalida Anjum.

With the current situation, Rajni has had to relocate to Salahdipur, her village in the Jaunpur district of Uttar Pradesh. “We had to move back as it was becoming difficult in Delhi. We stay in a rented house and my father works at a Jan Seva Kendra (JSK) nearby. With the lockdown, the number of people visiting the JSK reduced. So making rent became difficult,” she says. 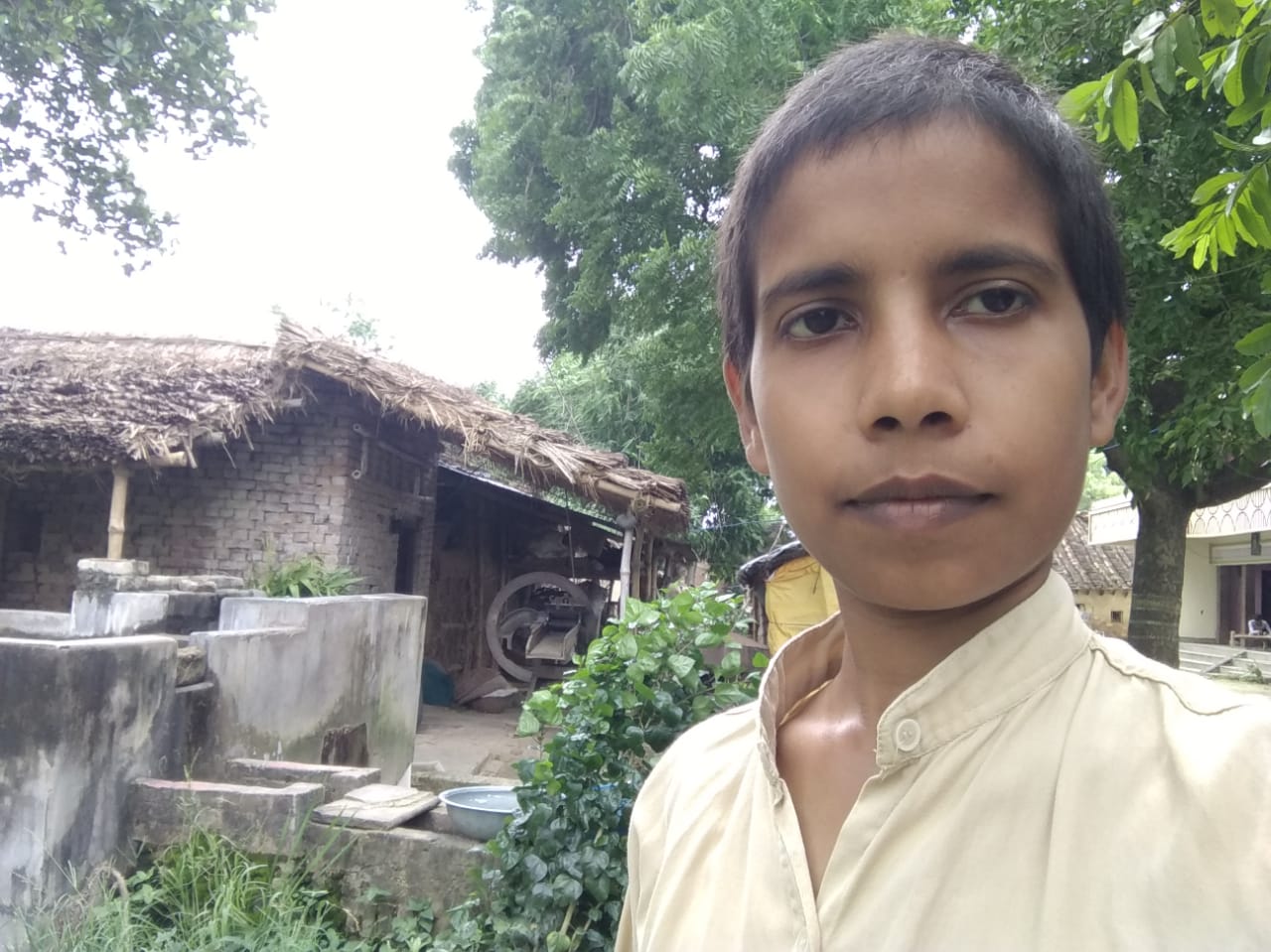 Rajni claims that her internet connectivity is a little sketchy at the village but she still manages to take online sessions for her classmates at least thrice a week. Her YouTube page has only three videos and she claims that the feedback she received from her classmates was that they needed more support in practical training. “I will make more videos when we are closer to the examinations,” she adds.

Despite the challenges, Rajni is confident that things will improve. “It is about how you look at a situation. We can either worry about it or learn from it. I have just chosen to do the latter,” she adds.

There are so many socio-economic factors that play into these barriers that keep students from rural India and low-income communities from getting access to online education. But the fact that despite all odds, there are young people who are motivated enough to employ their resources and time, find ways to support their peers and educators, and go the extra-mile with the access they have, makes us glad to have been part of their story.

“It is about how you look at a situation. We can either worry about it or learn from it. I have just chosen to do the latter.” 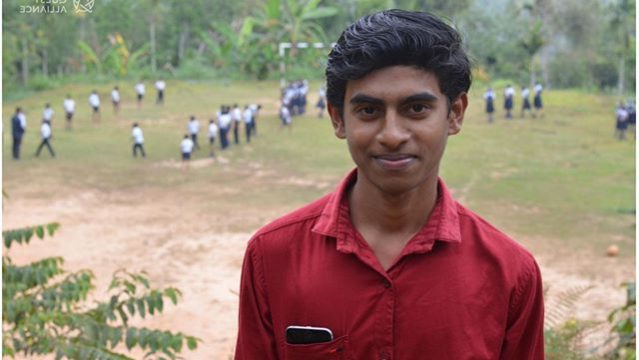 Meenakshi Learns To Believe In Her Dreams 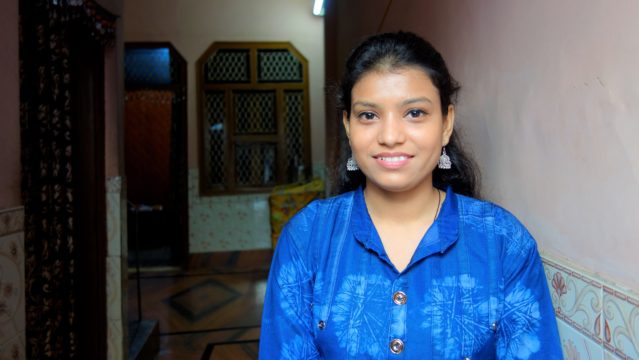 Priyanka’s Grit and Determination is an Inspiration 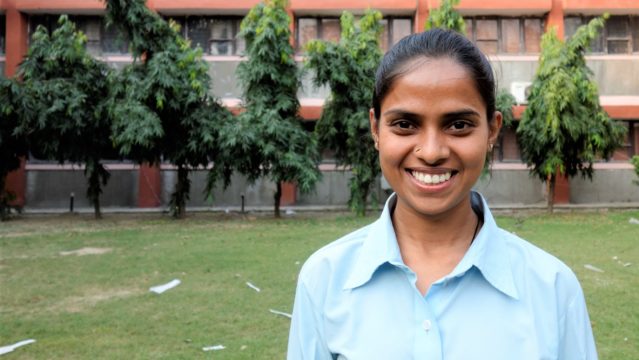