Sarvari Khatoon: Fighting for a Better Life, a Better Future

In India, irrespective of class, caste and calibre, challenges to women’s education and empowerment remain significant.
The cycle of exclusion and vulnerability plays out in numerous situations.

With three other sisters and one brother, Sarvari Khatoon was raised by her grandparents. She moved to Madhupur, a small town in Jharkhand, when in class 6. Growing up she was acquainted with social and community barriers, especially in those localities that have a mix of Hindus and Muslims.

Despite all the differences, the issues that women from both communities face were the same. Girls are not encouraged to play or be outside the house for a long time. Here -- as is in most parts of the country -- the home and kitchen is still considered a primary domain for women and the world outside it, for men. Girls here aren't encouraged to be vocal; to speak out and express themselves, even if they suffer from any violence. They aren't allowed to question, let alone "challenge" social mores. This social habit nurtures the concept that if girls marry young they adjust faster with their in-laws.

Around 14 or 15 years old, Sarvari was married against her will. She was in class 9 at the time when she had to quit school to move into her conjugal house. The relationship tainted with years of violent, abusive, intimidating behaviours, pushed Sarvari to run away from her husband’s house.
With great difficulty and after fighting a long hard battle she got a divorce in 1999. It took her years to come out from the emotional trauma. Finding her bearings on her own was both daunting and ardous.

Rural India doesn't have the same avenues or mechanisms for victims of abuse to seek help, as urban India does. It's part access, part lack of knownledge, part closed-community culture. This isolation, the perceived stigma and shame, and limited transport facilities to access help, often means the difference between life and death.
The nature of domestic abuse itself can be similar across rural and urban India, and the factors that drive it are similar. But rural areas are increasingly isolated, and without pro-active intervention, victims can rarely access support needed to leave or report the abuser or seek counselling to recover and heal.

During her time healing, Sarvari was a little lucky to have caring neighbours. With some courage and support from them, she found herself a job in a nearby organization. This began the second phase of her life, as she calls it. The hard-fought ownership of her self, time, aspirations and expenses had begun to feel right. The independence helped her carve her purpose. 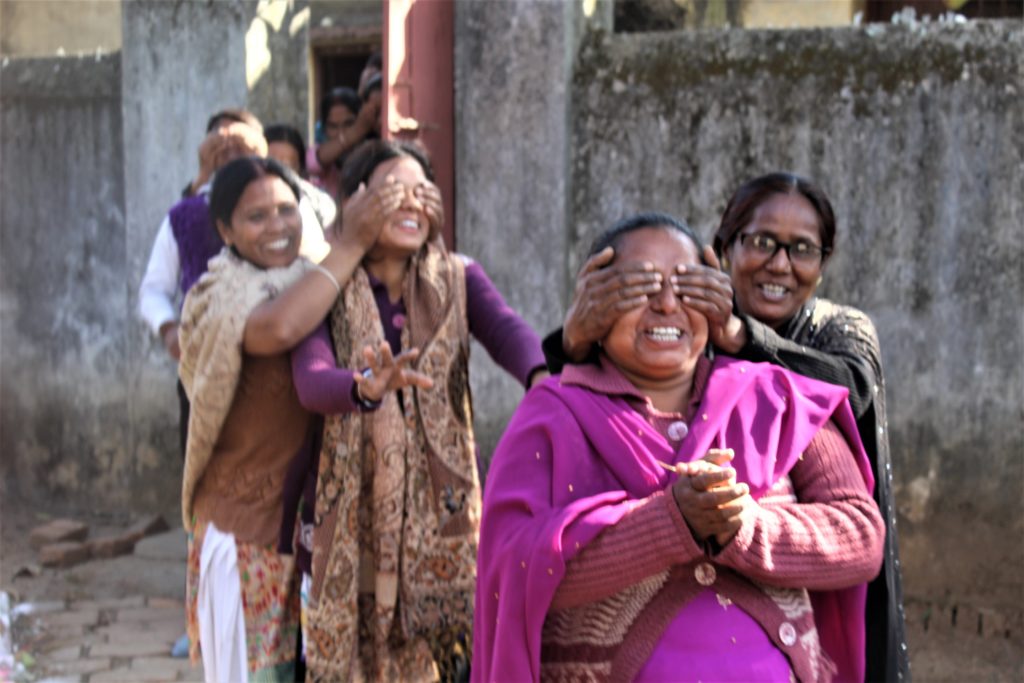 She decided to help girls and young women avert forced or early marriage, thereby preventing a possibility of an abusive relationship and divorce and even teenage pregnancies. She however could not find any institution in her village that worked proactively for this -- to prevent early marriages and make adolescent girls self-reliant. When Anandshala was introduced in the district, Sarvari believed it could help her fulfil her purpose.

The Anandshala program, extended to Jharkhand's Deoghar district, aims to improve enrolment and retention of 70,000 girls in secondary schools to ensure that they are educated, healthy and empowered to make positive life choices.

We set up Youth Clubs for adolescent girls across 500 villages. These clubs are designed to be a safe space for out-of-school girls to access learning material around life skills, digital literacy, English, and opportunities to explore or build their career plan. 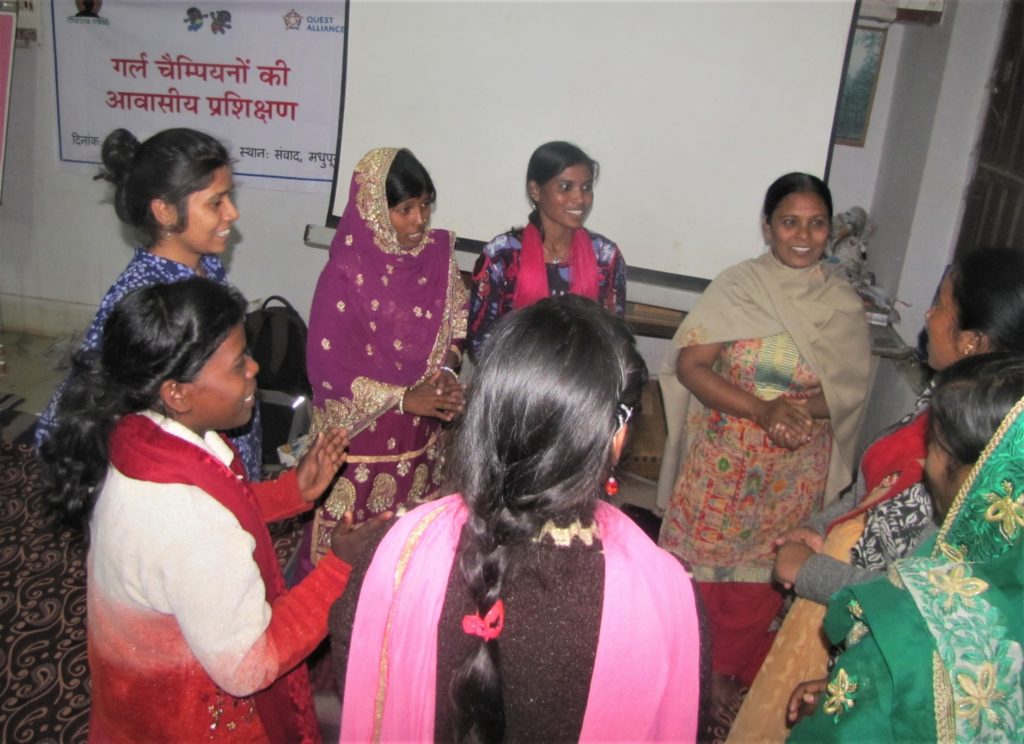 These safe spaces also allowed community members like Sarvari to proactively participate in a cause they believe in. Sarvari joined the program as a facilitator. She works with adolescent girls in the village, enabling them build their agency. She also works with the government school there, helping them to retain and engage girls at risk of dropping out. Sarvari bridges the gap between the school and the community, to facilitate the shared responsibility of helping adolescent girls reach their full potential.

"Anandshala also helped me develop myself. It gave me perspective on how can I shape my career for my own growth. It gave me exposure to many things first time in my life. It has given me a voice to share my thoughts", she says beamingly.
---
It's not easy for anyone who is an abuse survivor (or any trauma survivor) to go from victim to survivor, or from survivor to thriver. It takes time and effort for one to feel strong and confident and to truly believe that there are resources and choices. That strong leap brings along empowerment, compassion, resilience, and self-determination.

It's inspiring to meet women like Sarvari who have come out of adversity stronger and are using their strength to help other girls and women. To have them on our team is even better.

The Anandshala programme in the Deoghar district of Jharkhand focuses on adolescent girls in the age group of 10-19years. The project aims to improve enrolment and retention of 70,000 girls in higher secondary schools, as well as build their agencies and improve health and employability.
This is a collaborative project with Dasra, Chetana Vikas and NEEDS. Read more about the project here.

“Society who used to think that my ideas were not worth it now believes in me and my cause.
Whenever I see young girls participating in activities in the youth club, I feel I am
achieved some success. Now I have a clear goal for my life and I know I have a long way to go.”