Skip to content
';
Quest Alliance Stories It Takes A Village

It Takes A Village

One key to this school’s remarkable improvement? Building trust with the students, teachers and the community.

Hasanpur is one of the farthest block situated on the boundaries of two districts, Samastipur and Begusarai, making it difficult for government officials to travel there frequently. Many schools in this block lack the attention they need and deserve.

When headteacher (principal) Abhay Kumar joined the Upper Middle School Kanya Goha in February 2011, the basic facilities were dismal, and the district administration and education department struggled to make any considerable differences. There was no space to construct toilets and hence there were no toilets and no drinking water. Basic amenities to help enable students to stay in school were deficient. The school building was worn down. The regular development fund given to government schools was inadequate for the amount needed to make the school functional. The growing heap of garbage behind the school premises worsened the situation. Students had to go back to their house to use the toilets, and would often not return to the school. 630 children were enrolled at the school. But the average total attendance of the school was 30% -- that’s 70% of disengaged students. Teachers and support staff were discouraged, students had lost their focus, and schools administrators' time was consumed by crises. 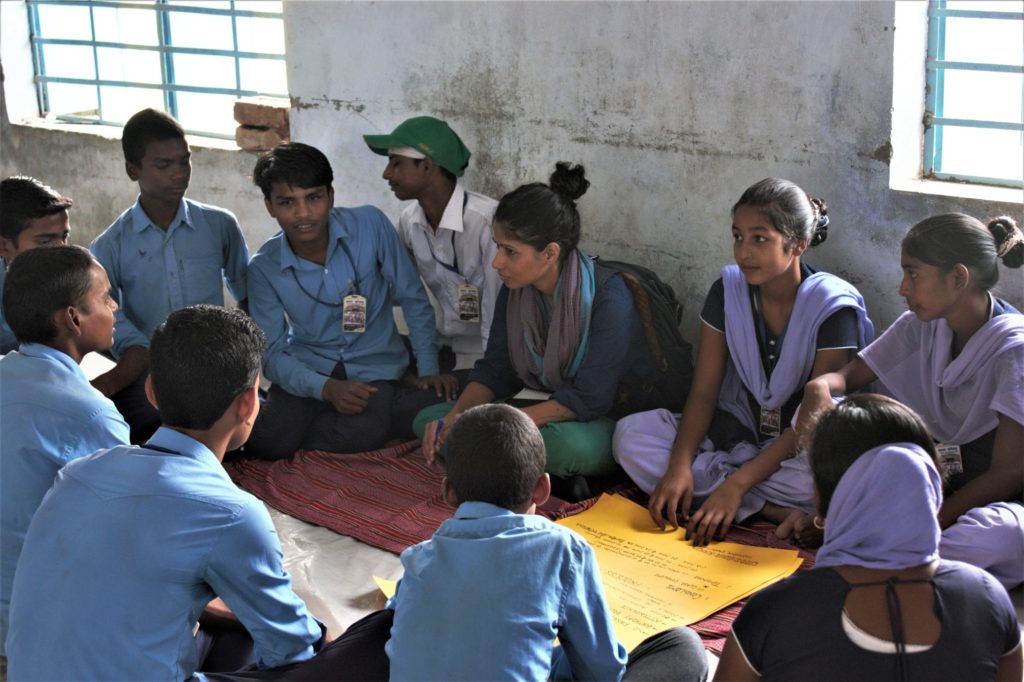 Abhay Kumar was determined to make changes and resolve issues on priority, but understood the work pressures that his teachers were under and the paucity of time they were dealing with. Another year gone by without the remaining 70% of the students in school, however, was not an option.

The Anandshala program helped helped him build a vision for his school, be decisive about what change he wanted to see, and list what solutions could help the school achieve that.

On the list stood out the Bal Sansad (student parliament), for it seemed the most exciting, involved the students directly and could bring far more returns than an extra staff member.

Alongside the teachers, Abhay Kumar set out to make the Bal Sansad functional. The Bal Sansad consisted of an equal number of girls and boys, they conducted a meeting once a month and Abhay Kumar was sure to participate in every meeting. The student parliament gradually grew popularity inside and outside the school. Parents and other community members were curious and pleasantly surprised at the uptake. 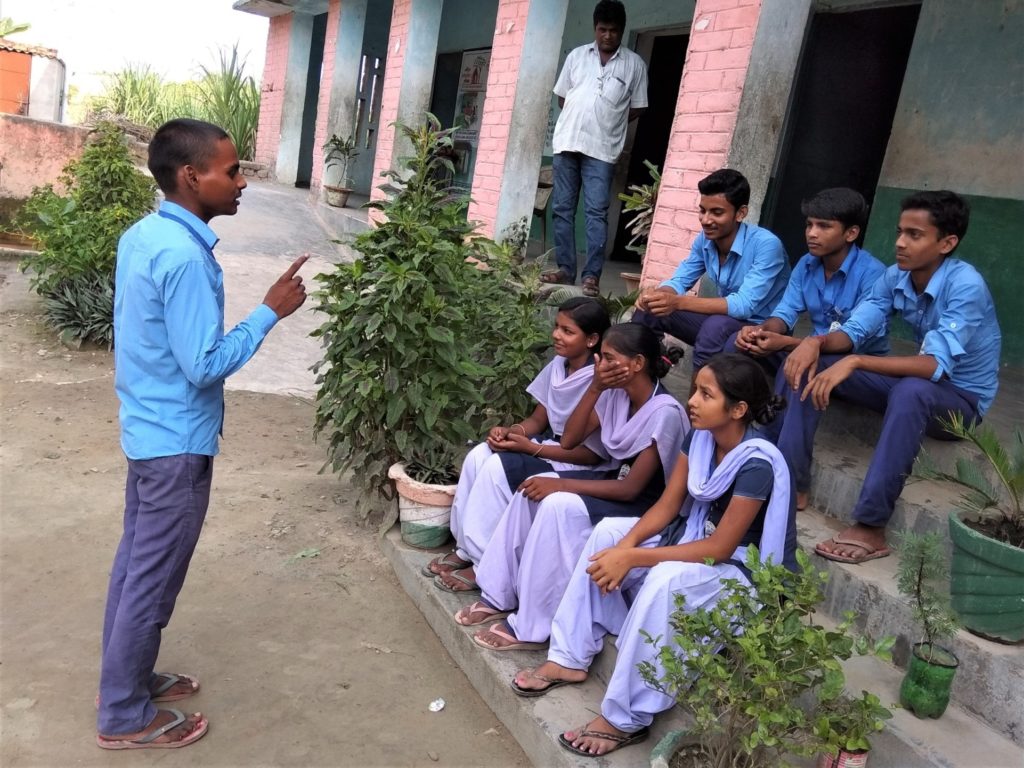 The Bal Sansad chalked out all the challenges faced by the students and worked with the teachers to find solutions. The first to be addressed was the lack of toilets, sanitation and drinking water in the school. The school needed big help for this, and the fastest big help could come better from their community. The headteacher met with influential people around the village who could help contribute a fund or space. It took a couple of months but his consistency and regular follow-ups, encouraged the community to contribute in whatever way they could. They offered space to construct the toilets and established the pipeline for water supply. The school’s average total attendance of school eventually increased to 90%.

“We, teachers in school, are not solely responsible for making changes in school but we need to make our students efficient in resolving the issues and create a conducive environment.” 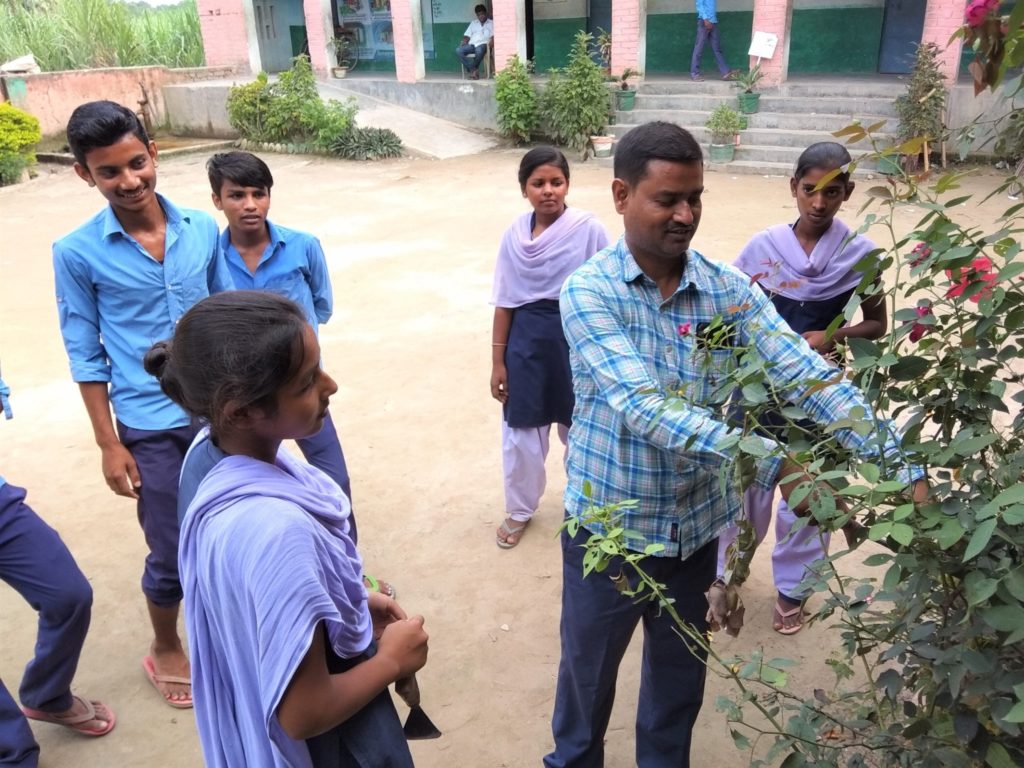 The students and teachers took upon themselves to clean the garbage heap behind the school building. They constructed a fence with bamboos and ran awareness drives in the village to keep it clean. The Bal Sansad students got a dustbin in school campus -- there wasn’t one before. The teachers installed a loudspeaker in the premises to ensure that the activities during the morning assembly are heard by everyone in the community. 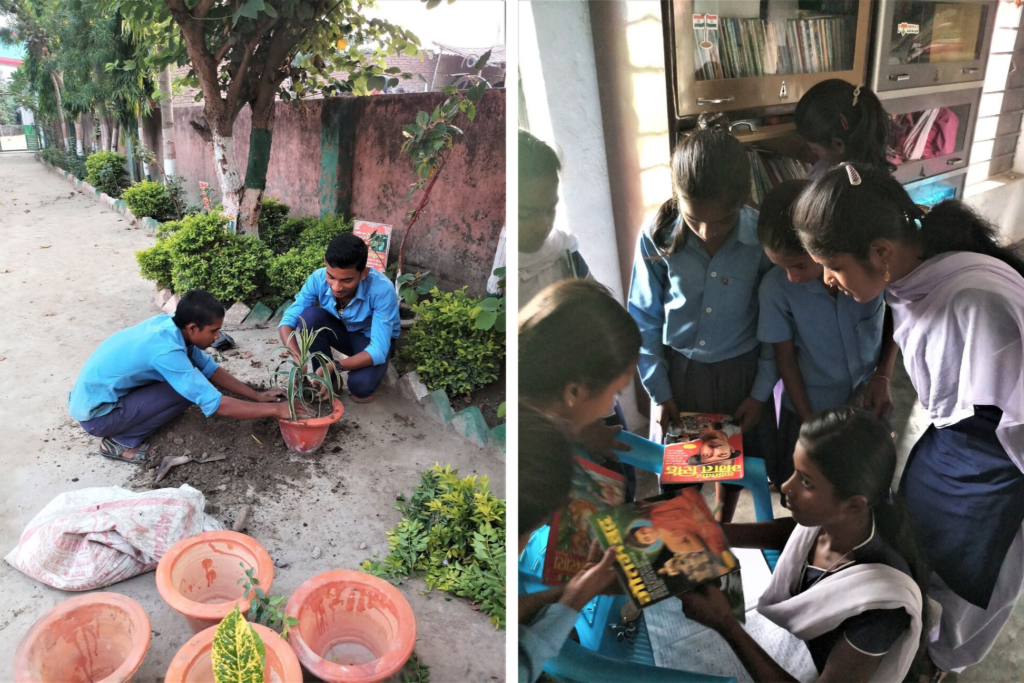 The Bal Sansad students now plan well to utilize the fund collected from festivals for development of their school. Over these years they have utilized the fund to develop various change projects like -- building a drainage system, a motor for pumping water, avail a projector for watching movies, a CCTV camera for school, a shed to prepare the mid-day meals, a library, and a gate for the school premises. Students have also planted trees and flowers in the campus.

Having people at the helm with a vision is important, but it’s vital to have other stakeholders of the vision partake in it’s shaping. Students, teachers and community are critical pillars of a school, and only together can they address challenges of the school and anchor change projects around it.

In low-performing schools, headteachers often act in isolation, implementing well-intentioned solutions with little input from or awareness of those who will be affected. As a result, students and teachers feel that change is done to them rather than with them. You'll hear comments like, "The parents only care about exam scores," and "The headteacher has no idea how much time and effort this new curriculum or activity will require."

But for real school transformation to occur, each teacher and student must take ownership of the school's objectives and must feel that their views are recognized and valued. That's why establishing trust should be the first priority. Trust is the glue that binds people together and motivates them. It grows when people understand the role they need to play and believe they'll be supported in playing it.

“My dream to make this school a community run school.”