After wrapping up an afternoon class, 24-year-old Lakshmi heads to a small, two-room center where a group of young women gather for a Microsoft-YouthSpark class to learn basic computer coding and programming.

After acquiring a B.Com degree from a university in Bangalore, Lakshmi Devi got a job as a receptionist to support her mother, who struggled with finances. Despite how hard she worked, she would never rise above her current position.

Lakshmi needed to focus on developing skills that would allow career growth and, along with it, the chance to continue supporting her family members with each passing year.

“This begins with basic computer knowledge”, she was told by a friend, who knew about the Microsoft YouthSpark course and encouraged her to join, which she did.

Her classes taught Lakshmi to use a computer, to type faster and more efficiently, organize data and even create her own documents, such as a resume. Using Scratch, she began exploring her computer competency levels and creative abilities by creating games and stories – including one she wrote about a fictional character who joins a Microsoft YouthSpark class in the effort to refine her skills for her future career.

The classroom of young women found that as they progressed in their lessons on coding and programming, their communications skills also improved. Lakshmi met with the representatives of numerous companies and received several offers, including a taxation-assistant role in the accounting field.

The driving force behind Lakshmi’s focus on building a solid career is to provide financial support to her mother who has assumed responsibility for the family for as long as Lakshmi can remember.

The skills that Lakshmi has learned at her YouthSpark class have allowed her to think beyond the role of receptionist and encouraged her to continue improving, continue learning and continue growing.

“For me, learning to use a computer and the Internet allowed me to go to a job fair where I had the opportunity to put my recently learned skills to the test.”

Jigna Discovers That Anything Is Possible 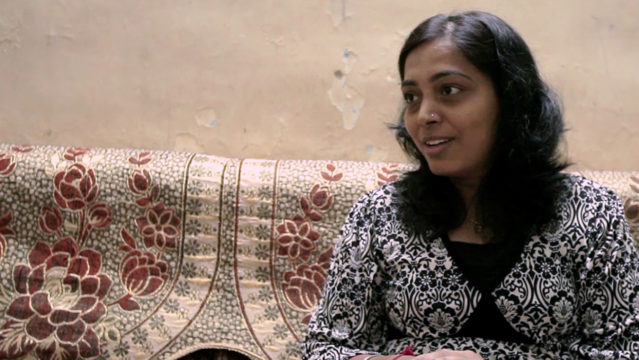