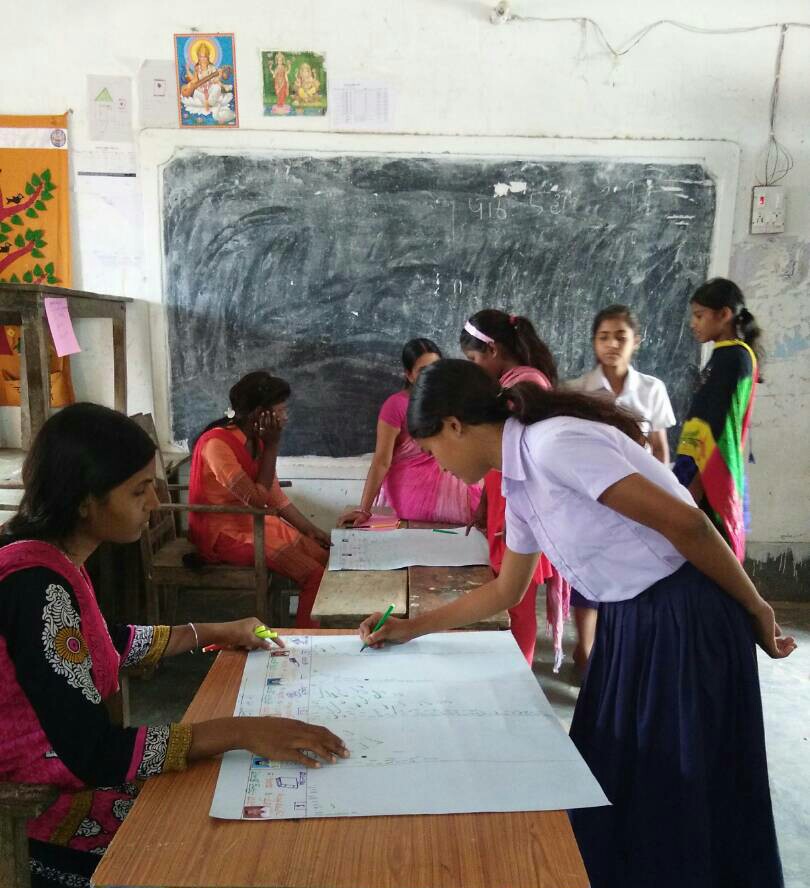 In the first week of May 2017, the students of schools across the Samastipur district of Bihar exercised their democratic right of electing their school heads among a number of candidates.

The excited students stood single file as they entered the restricted polling zones one by one to cast their votes for the student body heads who would be running their school.

As one of the best practices that the Anandshala program has been able to introduce into schools, the Bal Sansad election “creates excitement among students, brings the school together, gives each student the opportunity to make their voice heard and is a great way to teach children about democracy and how it works” explains Neha Parti, Education Specialist with the Anandshala team.

The polling was monitored strictly and was a unique exercise that gave education a local context which was relevant to the everyday life of a student.

“The Bal Sansad election is such an innovative concept which provides students with the opportunity to actively participate in the running of their schools through a democratic process” shares educator and election-observer Sunita Kumari.

By the end of the day, headmasters across the district shared the election results with the students who learned much from playing a direct role in their education.